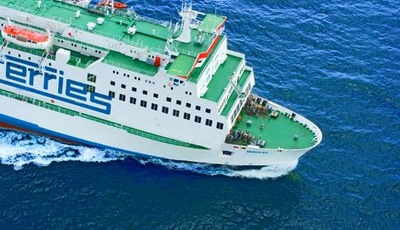 About us
About company

"On January 31, 1976 Polish Baltic Shipping was established in Kołobrzeg (Poland). Thanks to PBS the words Pomerania, Silesia, Wawel, Łańcut, Rogalin, Baltivia, Wilanów, Gryf, Nieborów, Mazovia, all having their origins in Polish history, have become symbols of adventure, travel, fulfilled dreams and unforgettable experiences for millions of Poles. For people working for PBS they are symbols of home and sense of security. They came here from the most remote places in the country, devoting their skills, talent and heart to creating Polish Baltic Shipping. The company which, for 40 years and despite changing winds, has been keeping the helm of Polish ferry services on the Baltic Sea under the Polferries brand.

These words from the introduction to the book about the 40-year history of Polska Żegluga Bałtycka entitled “Polferries firma z duszą” (Eng. Polferries - a company with a soul) describe the role that Polferries has been playing in the economic life not only of Kołobrzeg, but of the whole region and country. The book, published in the anniversary year, recalls the people and events of that first period and the following years. Among them is the profile of the founder of the company, Jan Szymański.  It describes the atmosphere accompanying Polferries from the moment of its founding until today.

Today Polish Baltic Shipping is a ferry operator. In the beginning of its activity the company also had a fleet of cargo ships. Few people remember their names: Hajnówka, Ruciane, Barlinek, Ina, Ner, Soła, Krutynia, Orla, Odra, Goplana, Krasnal, Nimfa, Świetlik, Rusałka. In 1976, instead of Gdynia and Szczecin, their home port became Kołobrzeg.

In 1976, along with the founding of PBS, on the basis of government decisions, the company received ships from two Polish shipowners - Polish Ocean Lines and Polsteam. The transition was smooth, without any disruption to the carriage. With each ship the shipowner gained a crew of experienced seamen. The first PBS ship entered the port in Kołobrzeg on May 11, 1976. Its captain was Włodzimierz Makowski.

In the following year, 1977, equally smoothly, PBS took over the ferries from POL. The acquisition involved lines, crews and the name Polferries, under which the liner shipping operated. The first ferries were: MF Gryf, MF Skandynawia, MF Wawel and MF Wilanów. Polish Baltic Shipping was established as a multi-facility enterprise with an expanded structure. It operated the trading port in Kołobrzeg, developing it and establishing a network of representative offices throughout the country and in foreign ports.

In 1978 a major event for PBS was the launch of a line to England, to Felixstowe with a new Pomerania ferry. Over the years, the PBS ferries sailed to Ystad, Helsinki, Nynäshamn, Karlskrona, Oxelösund, Visby, Copenhagen, Travemünde, Malmö, Riga and Rønne.

In January 1981 Polish Baltic Shipping operated a fleet of 6 ferries. Those were Rogalin, purchased from a Finnish shipowner, Pomerania and Silesia built at the Szczecin Shipyard and the previously acquired Wawel, Wilanów and Scandinavia. It also possessed 17 cargo ships, including four new vessels built in 1980: Opal, Ruby, Saphir and Smaragd.

Polish economic changes resulted also in changes in PBS. The first years of development, during which the company was investing, conquering markets, acquiring passengers and cargo were disrupted by martial law and economic difficulties of the country. Polferries emerged from them unscathed in the mid-eighties. At that time Stefan Gębicki was the head of the company.

After the end of martial law in Poland the number of passengers and cargoes transported by ferries kept increasing every year, and thus the profits of the Kołobrzeg shipowner grew.  In 1985 and 1988, respectively, the Łańcut and Nieborów ferries were purchased. In Kołobrzeg, PBS invested in the trading port, built apartments for employees, e.g. in the Kołobrzeg Old Town.

In 1988 PBS ferries transported over 400,000 passengers, 70,000 passenger cars and 25,000 trucks. The profits generated by Polferries increased by 35 percent. This allowed to launch the largest Polferries investment, which was the construction of a ferry base in Świnoujście. It began in 1988.

In 1989, PBS operated a record number of lines: 6 regular lines and 2 seasonal lines: Świnoujście-Ystad, Świnoujście-Copenhagen, Świnoujście-Travemünde, Travemünde-Rønne, Gdańsk-Nynäshamn, Gdańsk-Helsinki, Gdańsk-Riga and Helsinki-Visby. In 1989, already in September, "Kurier Polski" (Eng. Polish Courier) wrote “The ferries are bursting at the seams”. In 1989 Polferries transported a record number of passengers: 655,617 people and 145,000 passenger cars and 21,703 trucks.

The construction of the ferry base in Świnoujście took 12 years. The investment was finished in February 2000. 75% of it was financed from the state budget.  After the completion of the construction, the ferry and cargo handling capacity increased 2.5 times. The base could handle 810,000 passengers, 150,000 cars and 60,000 trucks per year.

On December 31, 1991, Polferries, which was a state enterprise, was transformed into a joint stock company of the State Treasury. This resulted in privatization attempts made by the Ministry of Treasury in the following years. All of them had a significant impact on the shipowner's ongoing activities.

On June 9, 1994, Polferries, managed by Andrzej Grotowski, officially opened the passenger section of the base under construction in Świnoujście. A modern marine station with galleries for passengers was commissioned.

In the 1990s Polferries gradually sold its cargo ships, the last ones were sold after 2000. From the shipowner's point of view this part of shipping had a marginal role in the company's activities and was not generating enough income.

In 2000 the decision was made to sell the ferry base in Świnoujście, because Polferries was making losses. Its value matched the Polferries debt. And although the ferry base is still much lamented by people involved with Polferries, its sale allowed the company to get back on its feet. During this period Polferries also sold a number of other properties in Kołobrzeg.

After the year 2000 Polferries once again invested in its fleet. In 2003, when Polferries was under the management of Jan Warchoł, the company purchased the Scandinavia ferry, in 2004 the Wawel ferry and in 2007 the Baltivia ferry.

A beautiful moment that will be permanently inscribed both in the history of Polferries and sailing, was the participation of the Scandinavia ferry crews in three sailor rescue operations on the Baltic Sea in 2007 and 2008. The crews and captains, Wojciech Sobkowiak and Krzysztof Poraziński, were honored by the Swedish Seamen's Service and the Polish Yachting Association.

At the end of 2010 Polferries was making losses. The source of the problems was the increasing presence of competitors on the lines operated by Polferries. However, thanks to inside mobilization, sale of a part of the fleet (the Pomerania ferry in 2011), change of cruise timetable and many other actions, Polferries managed by Piotr Redmerski recovered and began to bring profits. As a result, in 2014 the shipowner from Kołobrzeg purchased, and in 2015 put into operation a new ferry - Mazovia, whose bow was painted by the Gdynia artist Mariusz Waras. Mazovia was the first ferry with a colorful bow in Poland! The graphic covering about 600 square meters has the shape of a fish emerging from the sea, and its scales are made of patterns resembling the cut-outs from the Łowicz region. The artist, while creating the artwork, combined the traditions of the Mazovian region with the maritime atmosphere. In 2017 the Kołobrzeg shipowner acquired another ferry - Cracovia, whose bow was also painted by Mariusz Waras. The colorful painting depicting a whale has a surface area of 900 square meters. The graffiti refers to the name of the ferry, and the author took inspiration from the stained-glass windows made by Stanisław Wyspiański. In the following year Polferries chartered a comfortable ferry named Nova Star, which was assigned to the Gdańsk - Nynäshamn line.

At present, Polish Baltic Shipping SA in Kołobrzeg, a Polish ferry operator under the brand name POLFERRIES, uses five ferries operating on lines:
- m/f Nova Star, m/f Wawel on the Nynäshamn - Gdańsk line,
- m/f Cracovia, m/f Mazovia and m/v Baltivia on the Ystad - Świnoujście line, and in combination with the Oresund Bridge crossing the Świnoujście - Copenhagen route via Ystad, Polish Baltic Shipping has its own Maritime Travel Agencies (Pol. Morskie Biuro Podróży) in Malmö, Warsaw and Szczecin.  Their offer include not only Polferries ferry tickets, but also tickets of other ferry carriers. The company cooperates with many European travel agencies.

The ferries operated by Polferries offer safe and comfortable shipping, traditional tasty cuisine, attractive shopping opportunity, all this in a wonderful atmosphere created by the professional and competent staff.
Nowadays, the ferries of Polish Baltic Shipping S.A. operating the routes to Scandinavia are modern, safe vessels praised by our passenger and cargo customers. 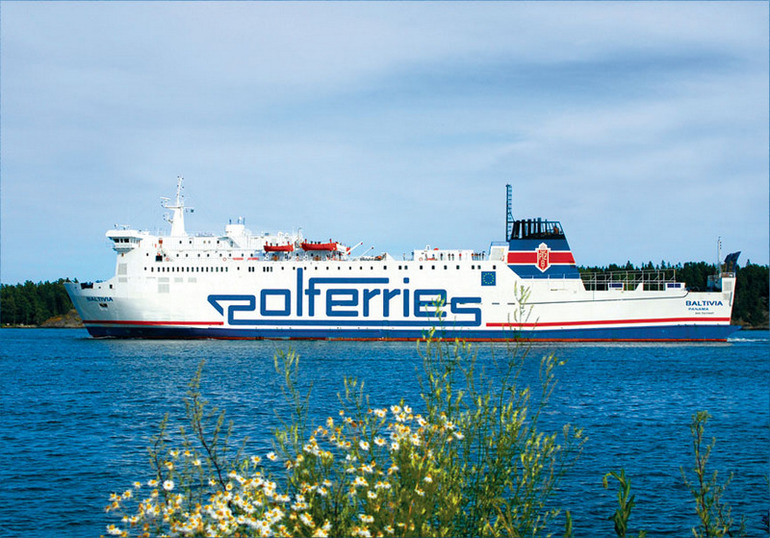 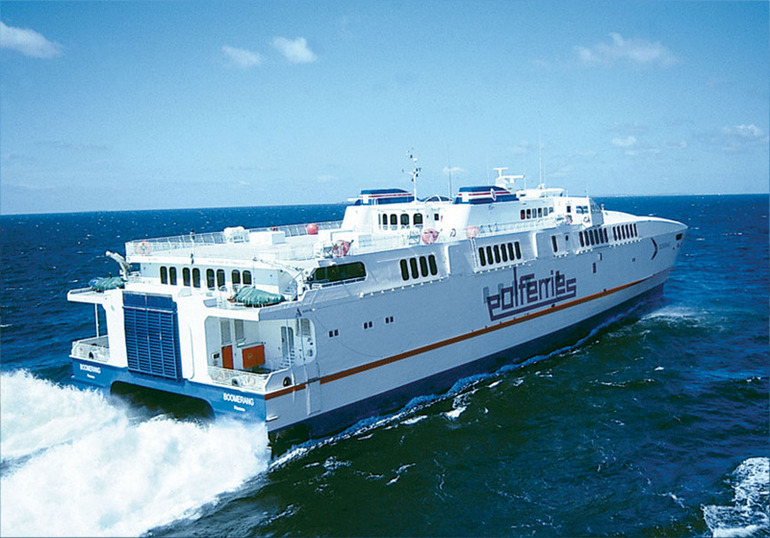 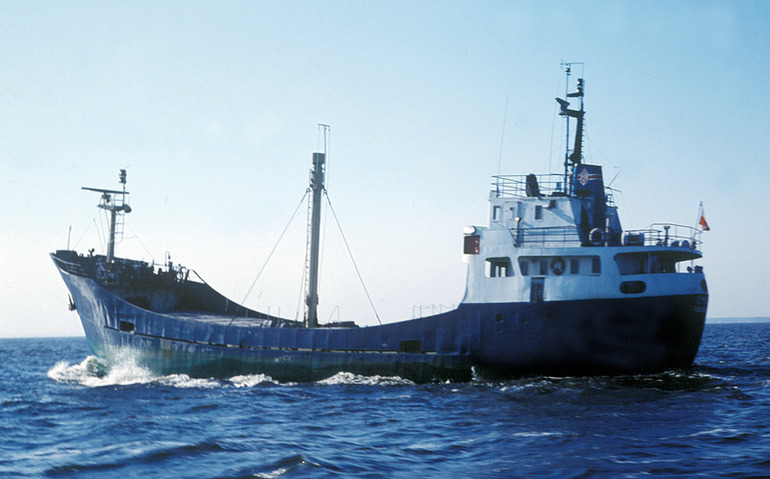 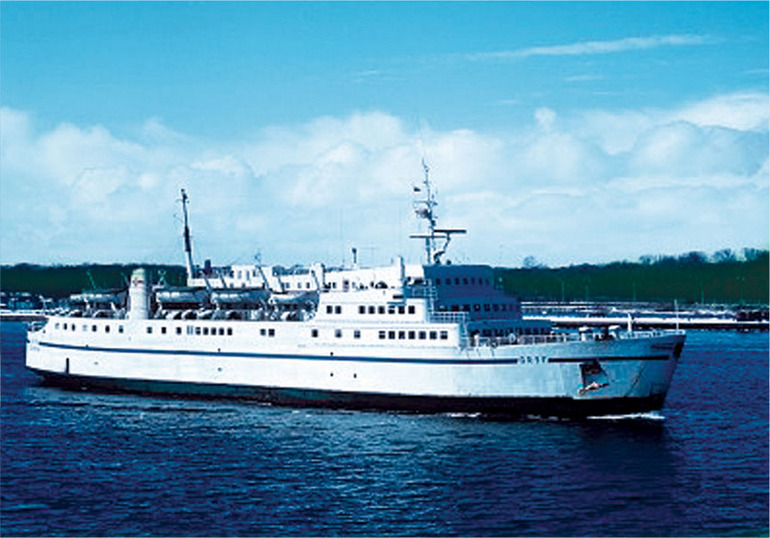 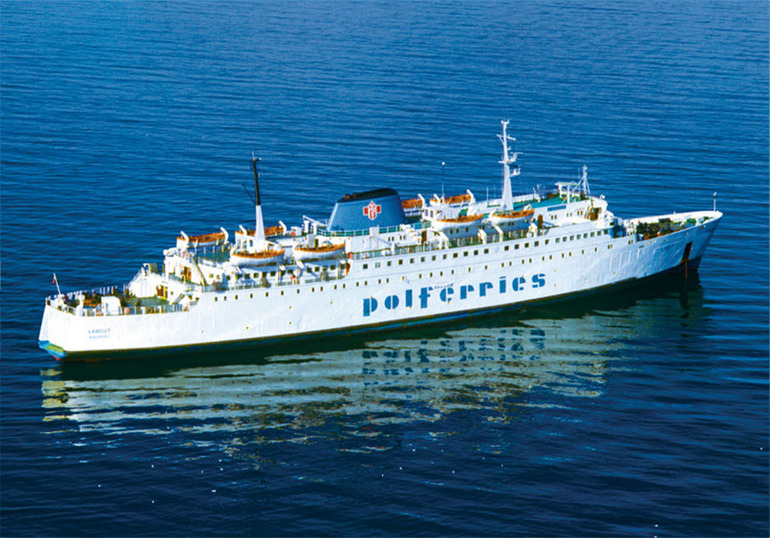 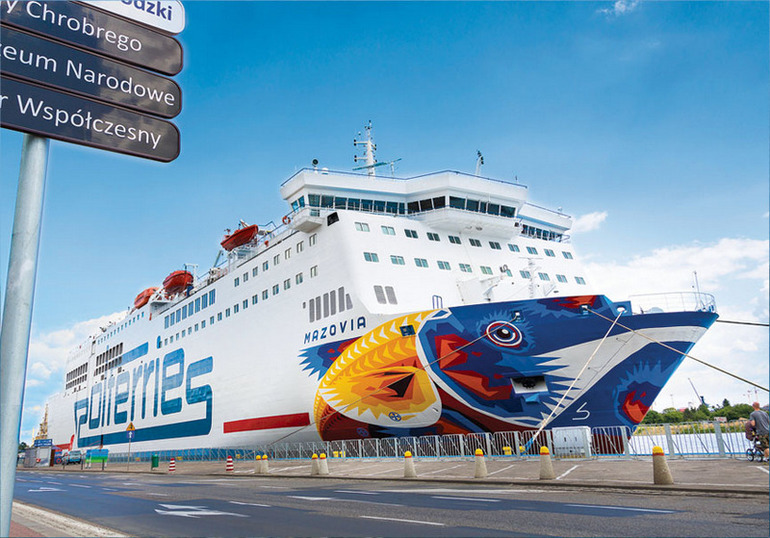 We process your personal data by using cookies to ensure the correct use of our website, including improving its functionality, delivering personalized advertising, offering social media features and performing traffic analysis on our website. By clicking the "I agree" button, you consent to the use of the files for the purposes listed above. By clicking the "Customize settings" button, you can make individual choices or withdraw your consent at any time. For more information about our use of cookies and the processing of your personal data, including your rights, please see our Privacy policy.

these cookies are necessary for the operation of our website, allowing you to navigate the site and access secure areas of the site. They cannot be disabled, as without these files our website cannot function properly. These files do not store any personal information.

these cookies allow you to provide greater functionality and personalization by remembering information that changes the look or feel of the site, such as the language you choose or the region you are in. If you do not allow these cookies, some or all of these services may not function properly.

these cookies help us determine the number of visits to our website and collect information about traffic sources so we can improve the performance of our website. These cookies also allow us to learn which pages of our site are most popular, how you navigate the site and what content you are particularly interested in. We use this information to compile statistics in order to better adapt the content of our website to your needs and to optimize our offerings. All information collected by these cookies is aggregated and therefore anonymous. If you do not allow these cookies, we will not know when you have visited our site.

these cookies are created and used by our advertising partners to create a profile based on your visit to our site. We may later display advertisements to you tailored to your needs and interests on other websites you visit. These cookies do not store personal information directly, but rely on the unique identification of your browser and Internet equipment. If you do not allow these cookies, you will receive less targeted advertising.