A city with over 1000 years of tradition, the sea capital of Poland and one of the largest ports on the Baltic Sea. This unique metropolis has always been filled with the spirit of freedom and courage. The Latin phrase "Nec Temere, Nec Timide", which is the motto of the Neptune's Castle, best reflects the character of this once Hanseatic city. This is a timeless slogan that each of us should follow: Neither rashly nor timidly. 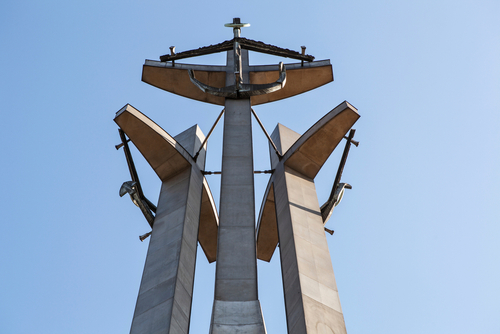 The cradle of freedom and Solidarity

Three 42-meter-high crosses with anchors - Monument to the Fallen Shipyard Workers (Pomnik Poległych Stoczniowców) of 1970 standing on the Solidarity Square (Plac Solidarności), adjacent to the European Solidarity Center (Europejskie Centrum Solidarności), an interactive museum telling about the freedom aspirations of Poles. It is a story about the struggle against the communist regime, about the hope and sacrifice suffered by the nations imprisoned behind the Iron Curtain. Finally, it is a story about a great victory that they ultimately won, changing their fate and the fate of the whole world. Nearby, in the Gdańsk Shipyard (Stocznia Gdańska), the famous strike began in August 1980, which soon "set fire" to all of Poland and forced the authorities of the Polish People's Republic to make numerous compromises, including the legalization of the Solidarity Trade Union. The inhabitants of Gdańsk have always been brave, proud of their city and valued independence.

Not so long ago, the museum enriched the already great educational and tourist offer of Gdańsk. It features one of the largest exhibitions in the world concerning this bloody conflict. The main exhibition is located 14 meters underground and tells, among others, about the heroes of Westerplatte and the Polish Post Office in Gdańsk, who were the first to put up a heroic resistance to the Nazi invaders. In the museum, one can learn about this terrible war from the perspective of many nations and many regions of the world. 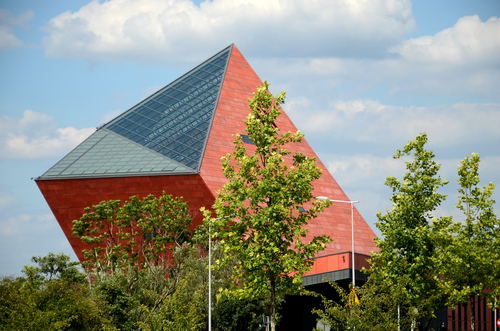 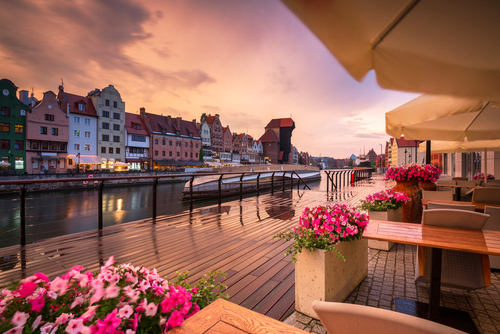 The most important destination for trips from Poland and around the world is the Main City, which is the most famous, historic part of Gdańsk. A multilingual crowd admires the iconic view of the Motława River, where tourist vessels moor surrounded by tenement houses on the waterfront and the rebuilt Granary Island (Wyspa Spichrzów). This is the place where  groups admire one of the icons of Gdańsk - the Crane, which is the largest medieval port crane in Europe, which is now part of the museum.

Tourists who pass through the Green Gate to The Long Market, maintained in the style of Dutch mannerism, can admire the Royal Route, which is made up of several dozen tenement houses, carefully rebuilt after the war. The tower of the Main Town Hall rises majestically over the Route - it invariably arouses admiration and delight. Just like the Neptune Fountain, the Golden House (Złota Kamienica) or the Artus Court (Dwór Artusa) located nearby. It is worth noting that the latter building is a place where, under a stellar and palm vault, amid paintings and statues, the first Gdańsk beer was served, masquerades were held, various brotherhoods were seated, court hearings took place and monarchs were received. 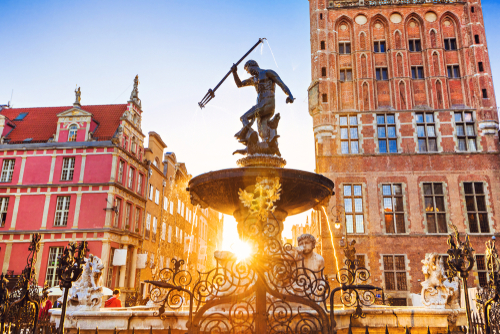 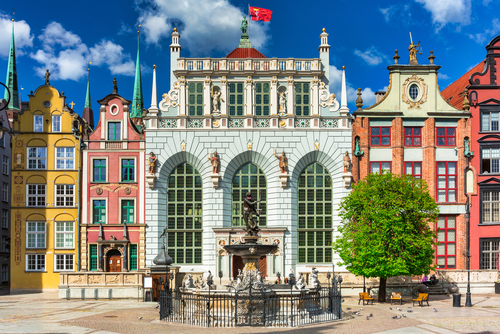 The Artus Court is an inseparable part of the previously mentioned Royal Route. It started with the Upland Gate (Brama Wyżynna)  and the Golden Gate (Brama Złota) which were used for triumphal entrances to the city. Then the processions traveled along the Długa Street to reach the Long Market (Długi Targ). Today, this entire sector is a beautiful, colorful and lively promenade.

The ground floors of the Royal Route tenement houses are full of quaint premises - e.g. the kids’ favorite place is Manufaktura Cukierków Ciu Ciu at the Długa Street. In turn, an example of brick Gothic style typical of the Baltic coast area is the Co-Cathedral Basilica of the Assumption of the Blessed Virgin Mary with a massive bell tower. It houses, among others, a gothic figure of the Beautiful Madonna of Gdańsk, Pietà and the 5-meter high Altar of the Coronation of the Blessed Virgin Mary, while the terrace at the top of the 82-meter tower, given good weather, offers wonderful views. 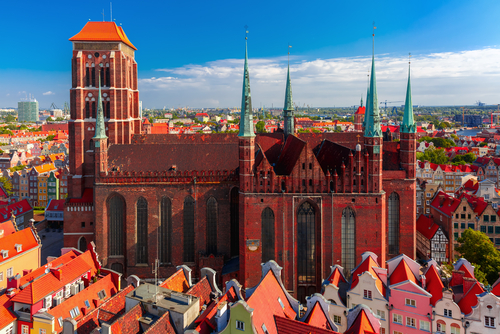 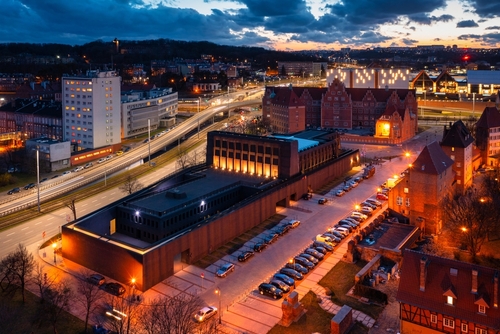 Terraces with stairs leading up to them and descents to the cellars, are also characteristic of the historic center of Gdańsk. In front of them there are numerous eye-catching stalls with souvenirs, including amber artifacts - a real treasure of Gdańsk. While strolling around the Main City, it is also worth visiting the Amber Museum and the unique Shakespeare Theater with an open roof and its famous Gdańsk Shakespeare Festival.

We process your personal data by using cookies to ensure the correct use of our website, including improving its functionality, delivering personalized advertising, offering social media features and performing traffic analysis on our website. By clicking the "I agree" button, you consent to the use of the files for the purposes listed above. By clicking the "Customize settings" button, you can make individual choices or withdraw your consent at any time. For more information about our use of cookies and the processing of your personal data, including your rights, please see our Privacy policy.

these cookies are necessary for the operation of our website, allowing you to navigate the site and access secure areas of the site. They cannot be disabled, as without these files our website cannot function properly. These files do not store any personal information.

these cookies allow you to provide greater functionality and personalization by remembering information that changes the look or feel of the site, such as the language you choose or the region you are in. If you do not allow these cookies, some or all of these services may not function properly.

these cookies help us determine the number of visits to our website and collect information about traffic sources so we can improve the performance of our website. These cookies also allow us to learn which pages of our site are most popular, how you navigate the site and what content you are particularly interested in. We use this information to compile statistics in order to better adapt the content of our website to your needs and to optimize our offerings. All information collected by these cookies is aggregated and therefore anonymous. If you do not allow these cookies, we will not know when you have visited our site.

these cookies are created and used by our advertising partners to create a profile based on your visit to our site. We may later display advertisements to you tailored to your needs and interests on other websites you visit. These cookies do not store personal information directly, but rely on the unique identification of your browser and Internet equipment. If you do not allow these cookies, you will receive less targeted advertising.